Slowdown or Meltdown? Ukraine Conflict Pushes E-Commerce to the Brink

The conflict in Ukraine is driving economic destabilization not only in Ukraine and for Russia, but also, around the world.  An already soft global economy will likely be driven into a full-blown recession resulting from unmanageable inflation being led by record fuel prices, and potential, war driven, food shortages.

The war taking place across the ocean will impact supply chains and ecommerce here in the United States. However, I also want to take a reality-check and acknowledge that an economic downturn here in the US is inconsequential to the casualties, human suffering and disruption being experienced by the people of Ukraine.

The offshore supply chains feeding ecommerce here in the US are still relatively stable.

In Europe, this is not the case. Russian forces are reportedly shutting off shipping routes, causing logistics firms to suspend services, and leading to skyrocketing freight and tanker rates.

However, Asian supply chains are not feeling the same level of disruption as in Europe, so ecommerce consumer goods are still moving to the US, although US-bound ocean shipping rates are not stable.

The expected global recession, being advanced more quickly by the Ukraine conflict, will slow down US consumer spending and result in either flat or down ecommerce sales.  In turn, this should free up capacity on US bound cargo ships and result in lower container ship transport rates. Finally, there has been much speculation on how the war and resulting supply chain disruption could permanently change global supply chains and impact the flow of ecommerce goods to the US.

Assuming the war in Ukraine does not expand, and does not directly involve NATO members, European consumer product availability to the US should be mostly unaffected.  However, there has been a strong effort by US based ecommerce merchants to expand cross border sales to Europe, and this initiative will be negatively impacted by an extended conflict, that would drive a deep recession across Europe.

A war-enhanced US recession, coupled with out-of-control inflation, could cripple the US consumer, which will obviously drive down online purchasing and merchant profitability.  Parcel carriers, ecommerce tech platforms and fulfillment service providers will also feel the pain resulting from lower ecommerce merchant sales.  The profitability of ecommerce related businesses feeds on higher volume and improved scale—which will be compromised in a war-driven, global recession.

Albeit for reasons we should not celebrate, geopolitical instability in Europe compounded by a global economic downturn spells relief for congestion and delays at our US west coast ports.

US-based ecommerce and everything related to it has been on a roll for over 15 years. It is due for a slowdown, and we were already headed in that direction. The war in Ukraine could potentially trigger a temporary economic meltdown, and the recovery for US based ecommerce and our economy could be slow and painful.  Ecommerce is not bulletproof and will be negatively impacted by the war in Ukraine, but the legacy ecommerce-related service providers will emerge stronger because of it.

The e-commerce phenomenon has changed the world of fulfillment, driving growth and consolidation throughout the industry. The legacy 3PL service provider, once focused on supporting B2B distribution via an LTL transportation model, has had to morph into a B2C service provider that supports parcel-based, residential delivery solutions.

Now with boatloads of investment dollars flowing into the segment, e-commerce order fulfilment is the place to be right now. Not only are we seeing the development of new, fully automated, parcel fulfillment centers, but we are also seeing the consolidation of legacy 3PL organizations. So, what is driving all the change and disruption?

END_OF_DOCUMENT_TOKEN_TO_BE_REPLACED

It was back in the ‘70s when Toyota was one of the first manufacturers to adopt a Just-in Time (JIT) inventory management strategy and the world followed. Back then, the strategy mostly applied to manufacturing by strictly managing the arrival of raw materials just prior to the production process. JIT decreased inventory carrying costs for the manufacturer which drove improved profitability.

Today, JIT applies to all segments of product distribution, including ecommerce, and not just the manufacturing process. JIT is an assumed product management process and is rarely referenced today as a cost savings differentiator.

END_OF_DOCUMENT_TOKEN_TO_BE_REPLACED 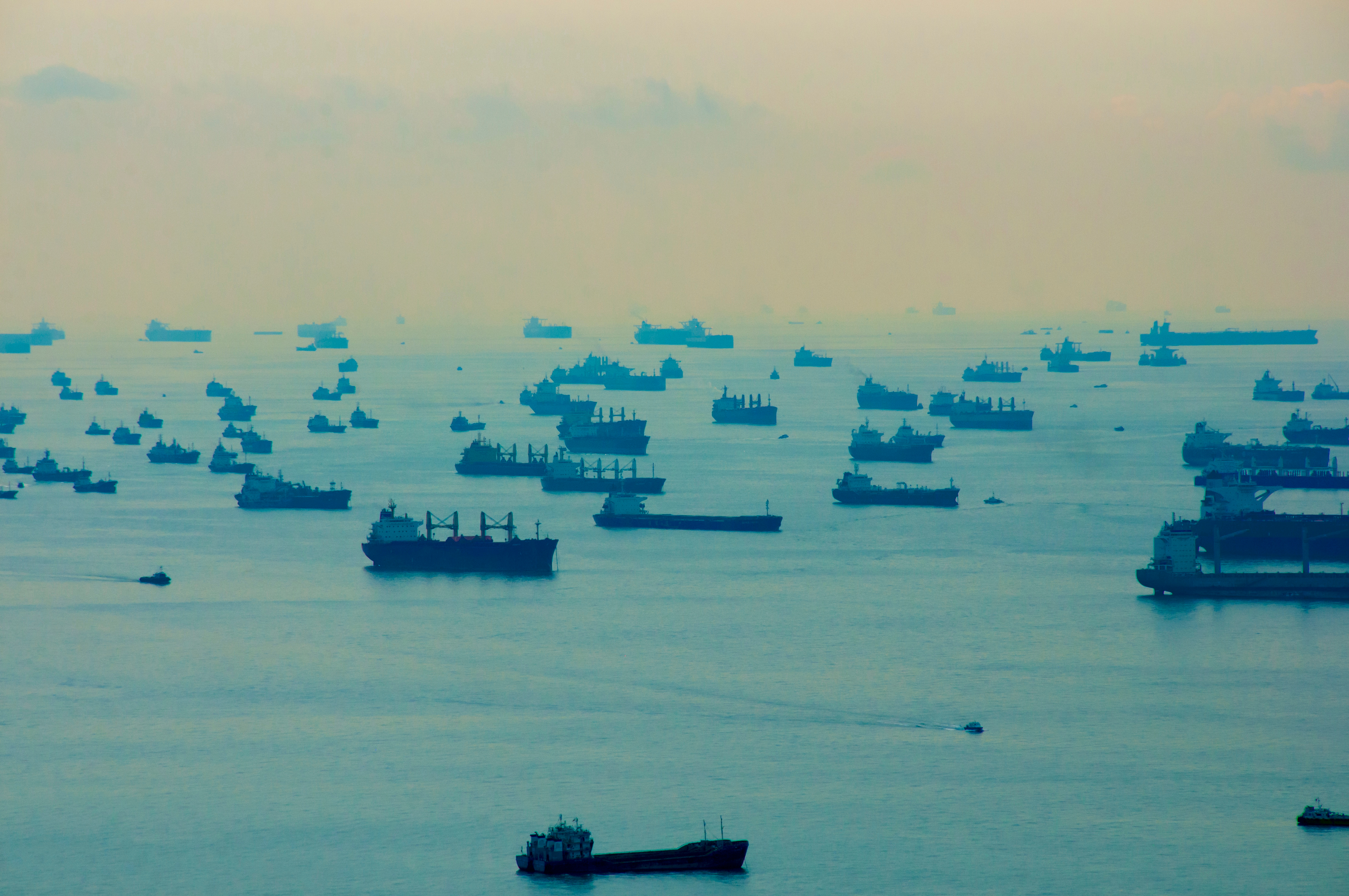 Port Delays 2022: A Light at the End of the Tunnel

For businesses and merchants that import products from Asia via ocean freight, 2021 was a challenging year:

So, the question begs, where do we stand today with relation to port delays, and what conditions will positively or negatively impact port delays moving forward into 2022? 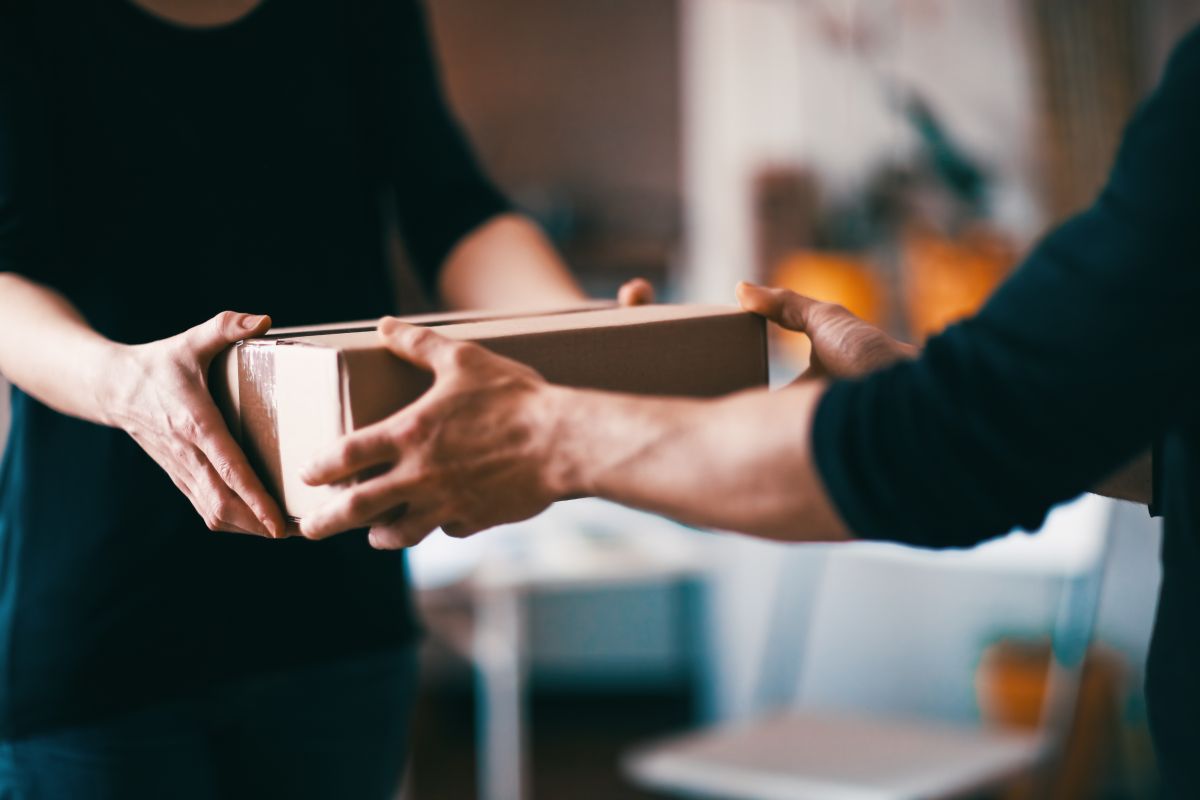 Everything related to e-commerce is constantly experiencing monumental change.  Some of the “change trends” include:

END_OF_DOCUMENT_TOKEN_TO_BE_REPLACED

We know that technology is making the world a smaller place.  Today, any e-commerce merchant in virtually any country can sell their products in other countries across the globe, without possessing a physical presence in those countries.

Formerly domestic-only merchants can now directly offer their products for sale in numerous other countries via the support of e-commerce platforms like Shopify Plus, which can localize the customer’s online buying experience for the country of the merchant’s choice. Domestic online marketplaces like Newegg also offer support to international merchants to provide a near-seamless buying experience for the international consumer. While borders are not disappearing, they are getting easier to navigate for both the international merchant and consumer.

END_OF_DOCUMENT_TOKEN_TO_BE_REPLACED 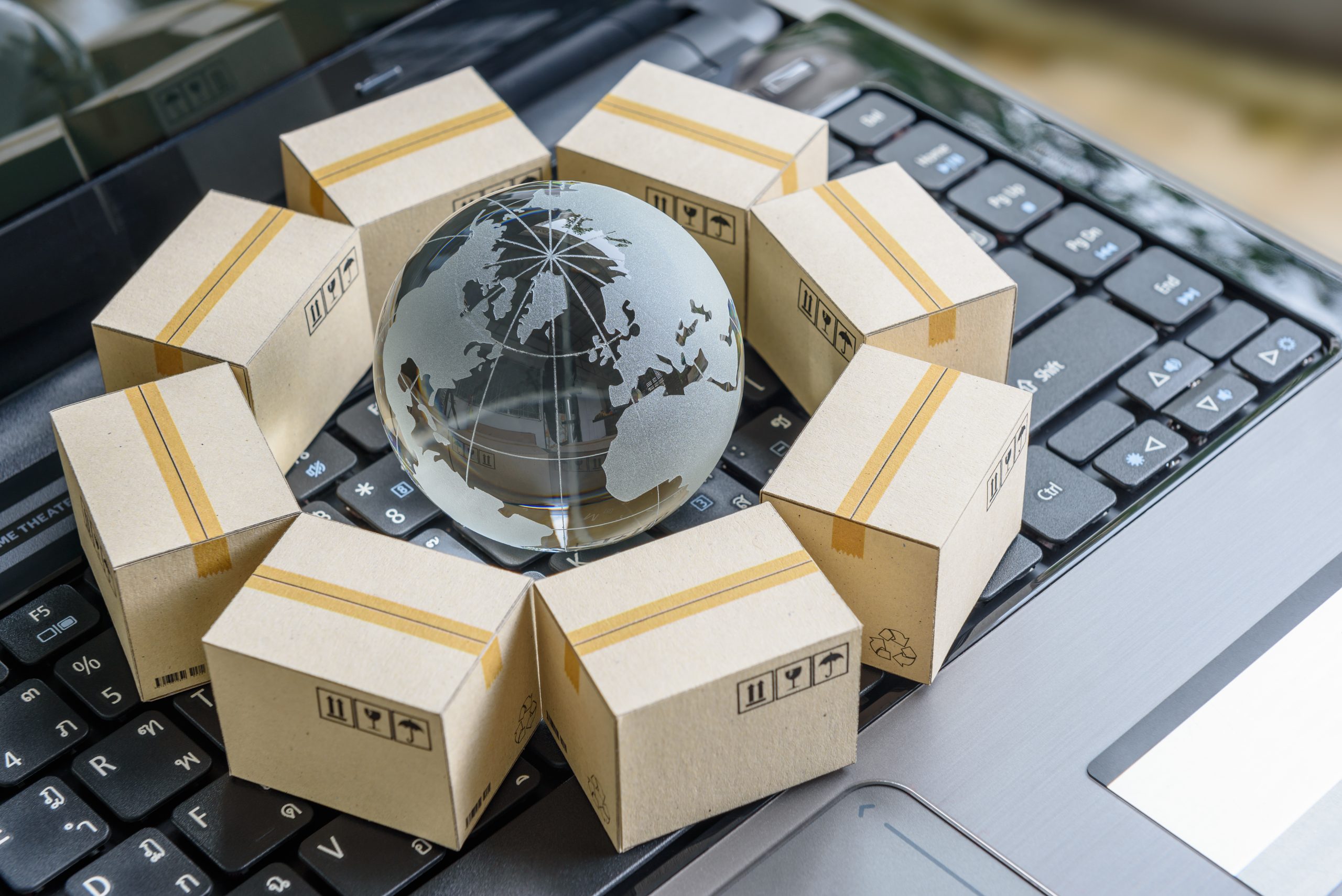 Any 3PL and fulfillment services operator worth its salt is always transitioning and evolving to meet the changing needs of commerce and market conditions. From supply chain unpredictability to labor crunches, this is what 3PLs will have to navigate in 2022.

END_OF_DOCUMENT_TOKEN_TO_BE_REPLACED 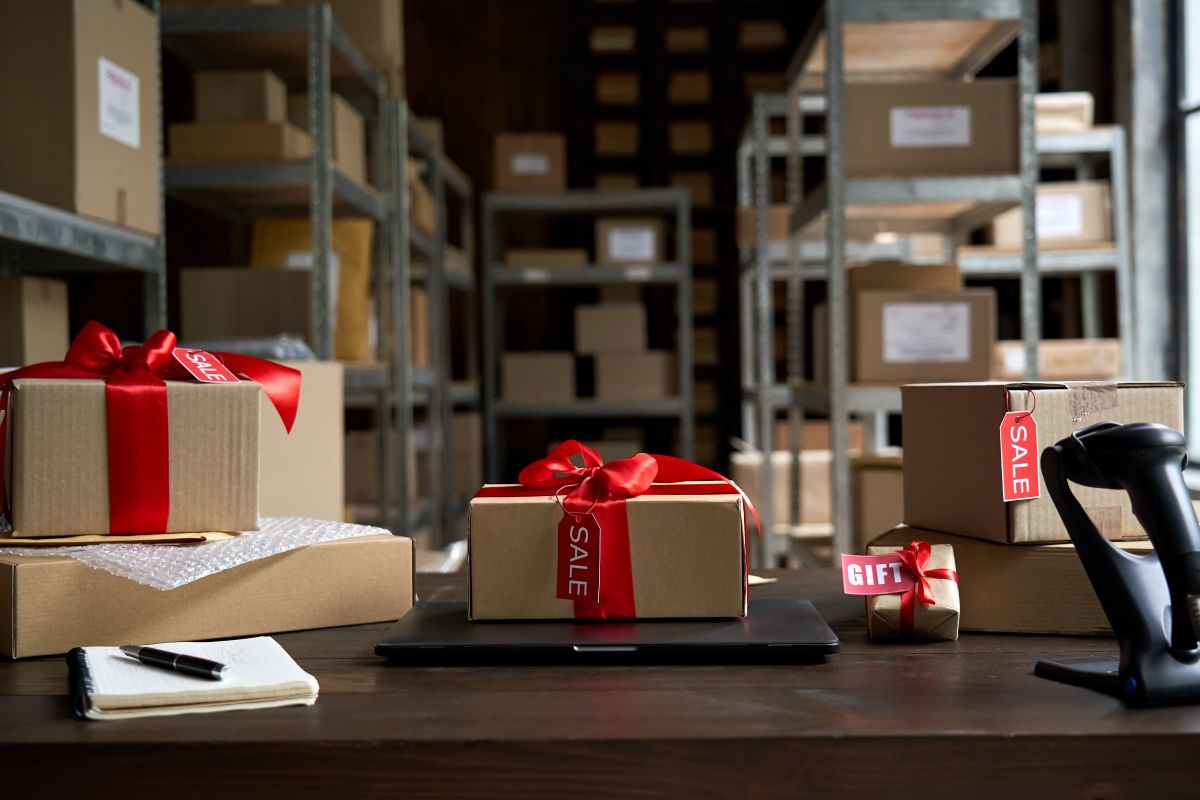 How 3PLs Work Year-Round for the Holiday Season

Starting in October, national media is focused on the parcel carriers and their efforts towards preparing for the busy holiday-shipping-season. However, we hear very little about the e-commerce fulfillment service providers (3PLs) and how they prepare for their busiest time of the year.

The consumer tends to assume that the e-commerce merchants fulfill their own online orders and have little understanding of how merchants, both large and small, work closely with 3rd party e-commerce order fulfilment service providers. The e-commerce specific 3PL plays a major role in warehousing, processing orders for shipment, and handing off those orders to the parcel carriers.

END_OF_DOCUMENT_TOKEN_TO_BE_REPLACED 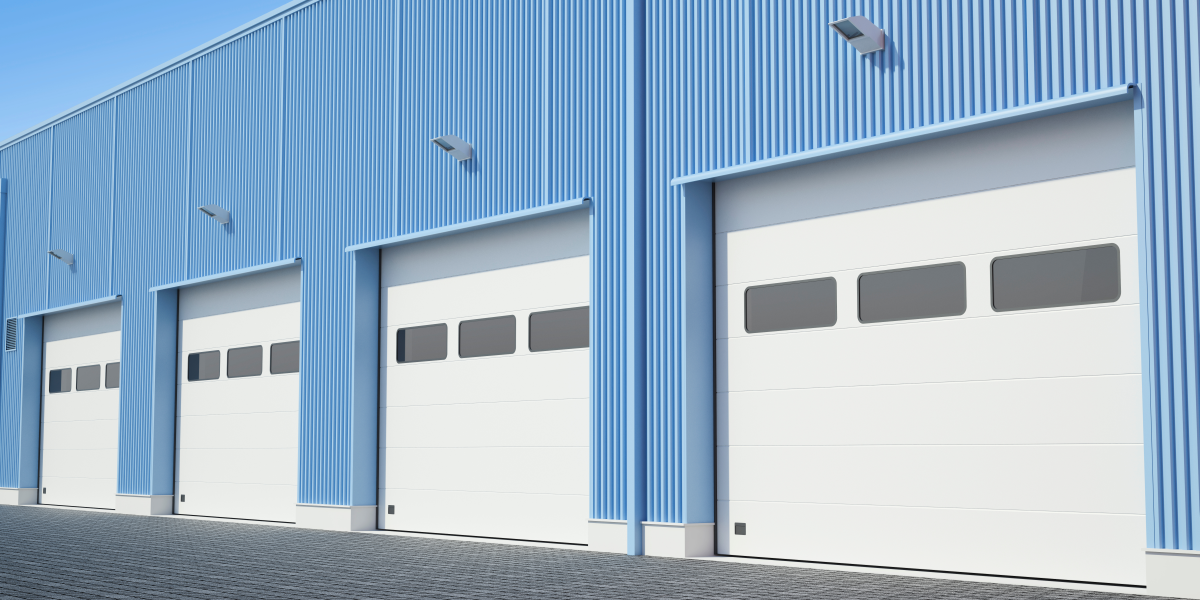 The unabated growth of e-commerce is driving innovation across the supply chain, which is obviously a good thing.  Nevertheless, along with that innovation comes failure, as many of the new start-up supply chain solutions will flounder or fail.

However, you can’t have innovation without failure, so we are experiencing a natural course of events, with both successes and business failures. Some of the differences today versus legacy trends in supply chain innovation are the roles of the following 3 dominating and influencing forces:

END_OF_DOCUMENT_TOKEN_TO_BE_REPLACED 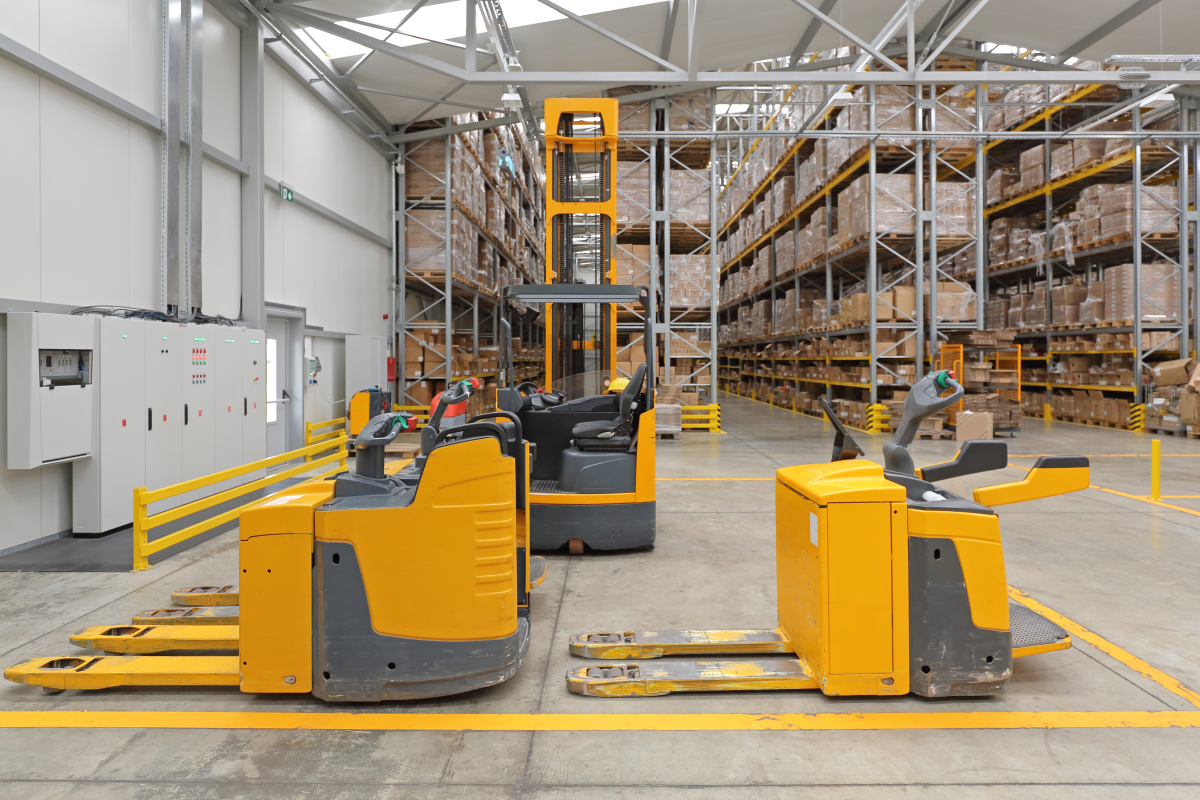 Best-In-Class E-commerce Order Fulfillment: A Focus on Both Pick & Pack and Shipping

E-commerce merchants in search of fulfillment vendors, do not necessarily look at a fulfillment solution in the context of both the pick & pack process and delivery solution. Sometimes, the solution is integrated and covers both primary functions of the fulfillment process. Other times, the merchant can be left to determine on their own, how they choose to distribute their product and which carriers and services to use once the products are picked and packed.

END_OF_DOCUMENT_TOKEN_TO_BE_REPLACED

Newegg in the Press